Put on your wellies, don't forget to bring your binoculars and explore. Who knows you might find a 40 million year old shark's tooth! And, who spots the most flying storks?

't Zwin sits on the borders of the Netherlands and Belgium. Between Cadzand and Knokke. This unique nature reserve area covers about 128 hectares. When the tide comes in, the sea water streams into the nature reserve through a channel, the 'slufter'. This develops natural surprises: from salt to sweet, from clay to sand, from low to high and from wet to dry. There is always movement! 't Zwin used to be an estuary of the North Sea. Well known cities like Brugge, Damme and Sluis could be reached by sea through the estuary. It is this access that made the great wealth of the cities during the Middle Ages. The silting up of 't Zwin made the estuary inaccessible for ships. A large part of the nature reserve is inaccessible to the public. The resting-, foraging- and breeding grounds can be partly watched from the walking dike near Knokke.

Tip: From the campsite runs a cycle path up to sophisticated Knokke in Belgium through the magnificent nature reserve 't Zwin. Along the way you'll see many different birds and butterflies. The stork and the great egret or common egret are inhabitants of this beautiful park. 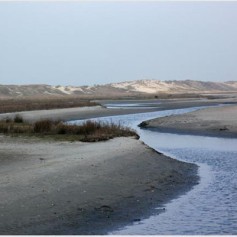 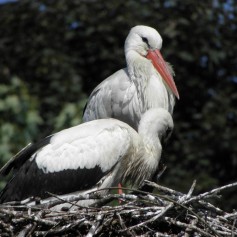 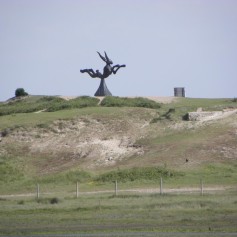 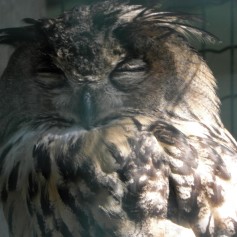 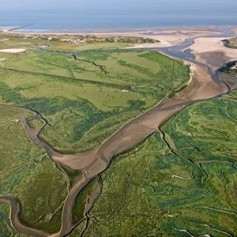 Do you want to book for a period longer than 3 weeks? Contact in that case the camping itself directly by phone or email.
To top